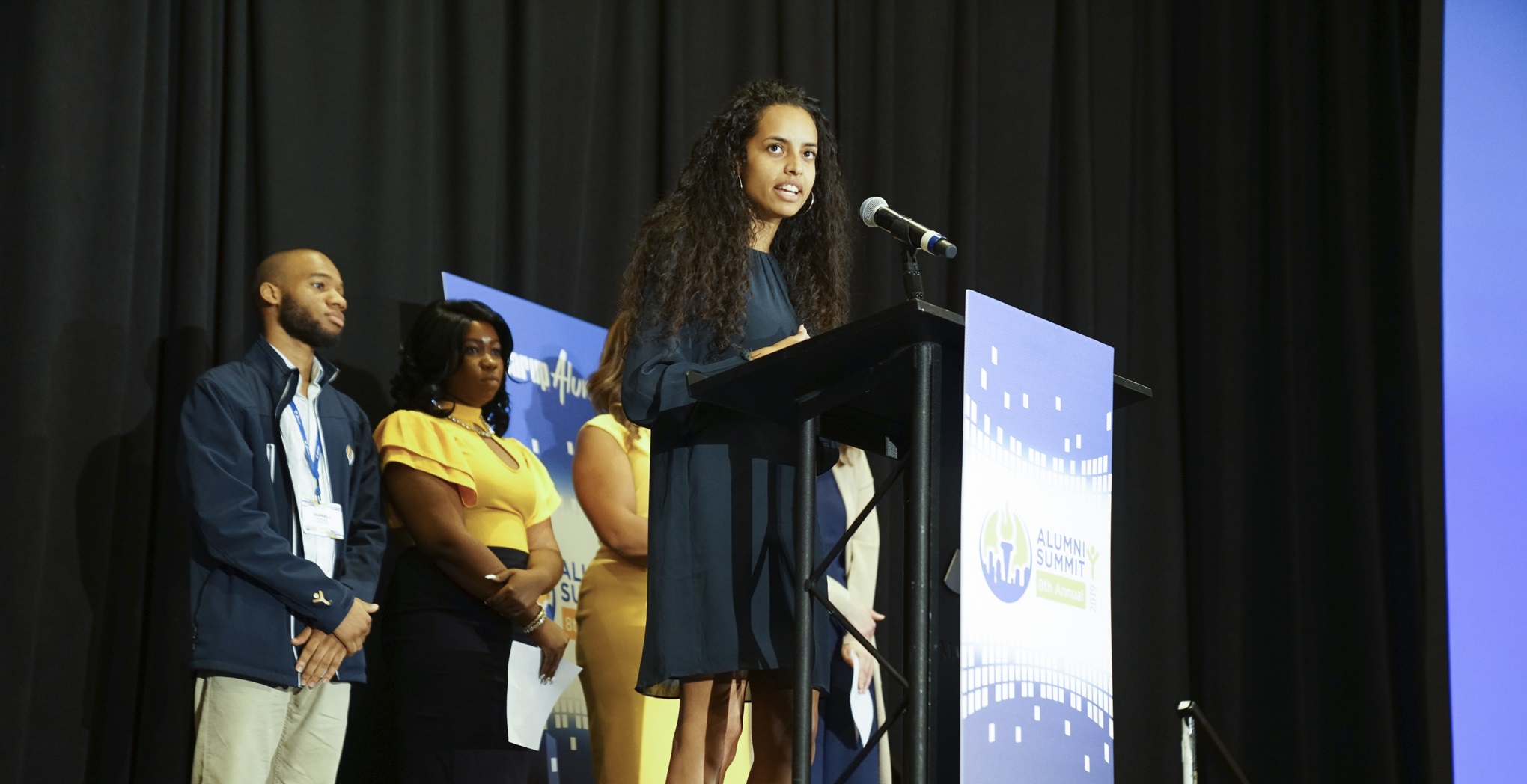 Growing up in the foster care system in Boston, Luz Villar was determined to be successful despite daunting obstacles. After high school, she spent four years as a homeless college student, studying architecture, crashing on friends' couches, and trying to get by on a part-time cashier salary.

Luz knew that if she could earn her degree, and ultimately a job, the sacrifice and struggle would be worth it. But by sophomore year, Luz's scholarship funds were depleted, and she had to drop out. Luz felt hopeless for her future when a friend told her about Year Up. She was accepted into Year Up Greater Boston's Financial Services track, where she was able to excel.

I've always been a firm believer that education is the great equalizer. It is why I joined Year Up and continue to remain engaged as an alum.

After Year Up, Luz earned a full-time job as an associate at State Street Bank, and in 2017, earned her degree from Cambridge College. For the first time, she enjoyed making a home for herself in an apartment with two roommates. Because of her lived experiences with homelessness, Luz is a champion for sustainable housing and creating a more just society for the next generation.

Luz has seen her life come full circle, from a homeless young adult lacking access to opportunity to an experienced young professional advocating for others. Luz is proof that someone's background, income, or zip code does not determine their potential for success. She is living her dream thanks to her own hard work and resilience, combined with the skills and training she gained during her time at Year Up.

Year Up wouldn't be able to connect talented young adults like Luz with professional opportunities without your support.

Paving the Way at Wayfair

As the first Year Up interns at the online retailer, Freddy Sandoval and Richard Hector Jr. helped show Wayfair a new pipeline of talent.
See more