Biruk Fare Designs a Career in UX at Amazon 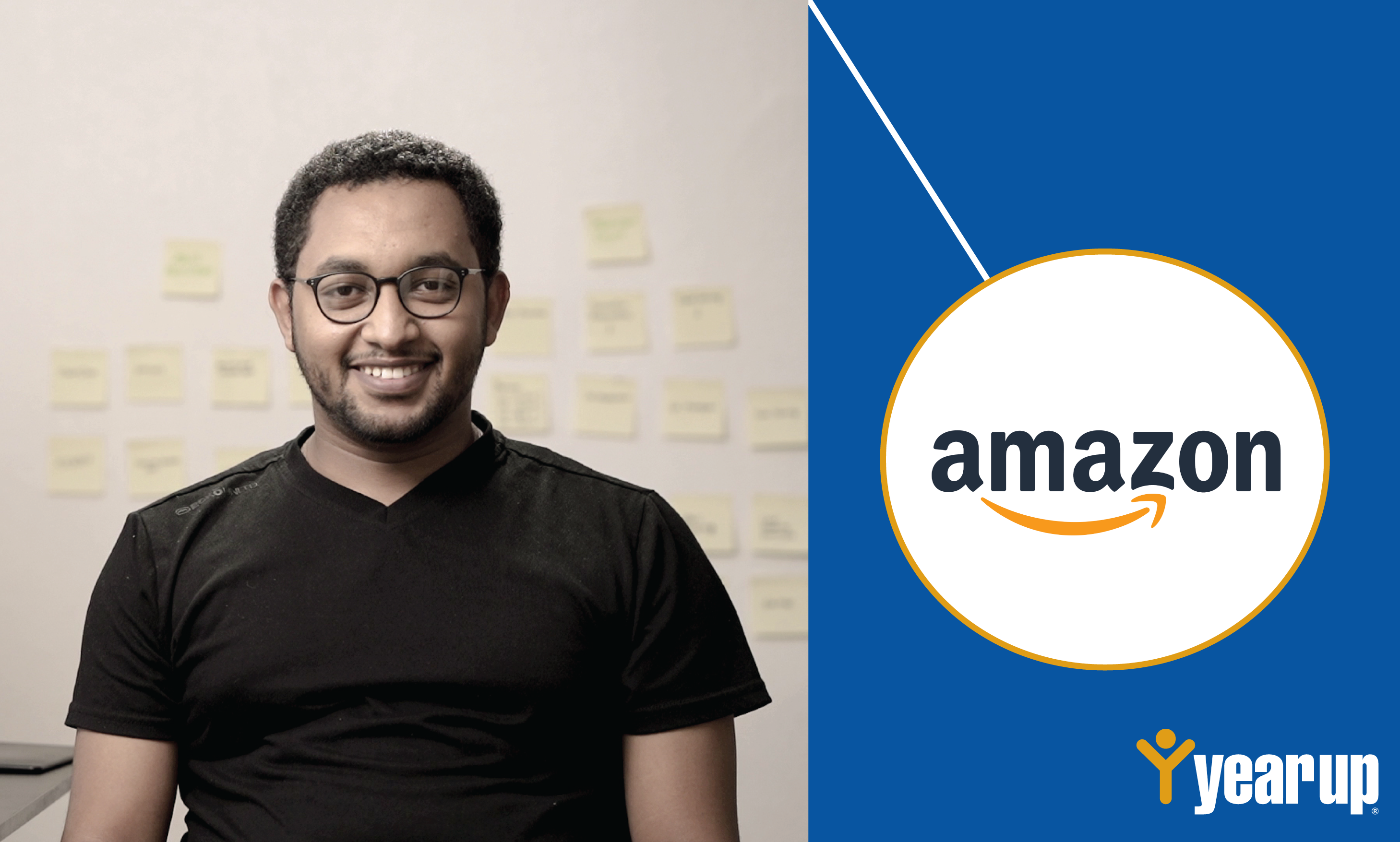 "...I had set out to become a designer which wasn’t an easy target. But starting as a Quality Assurance intern and becoming a UX Designer has been my biggest accomplishment at Amazon.”

When he arrived in the United States from Ethiopia in the fall of 2017, Biruk Fare—now a Design and Research Apprentice at Amazon Web Services—was unsure of where his education and career were heading. That’s when he found Year Up.

“I had this passion for technology, yet I lacked opportunity, and there were skill gaps that I needed to fill before I could jump into the tech industry,” he shared. “Year Up was offering both.”

At Year Up, Biruk specialized in Quality Assurance where he learned key technical skills such as software testing, programming, and software development, as well as what he describes as one of his most important lessons: the value of mentorship.

During his internship at Amazon, Biruk continued to build out his skills with support from his mentors—many of whom he met through Amazon’s Black Employee Network, or BEN—and soon set his sights on becoming a UX Designer.

“Being a part of BEN helped me get a head start in learning about Amazon’s culture, and also gave me a lot of opportunities to network.”

“By the end of my internship, I had set out to become a designer which wasn’t an easy target” Biruk continued. “But starting as a Quality Assurance intern and becoming a UX Designer has been my biggest accomplishment at Amazon.”

Today, Biruk is completing the UX Design Apprenticeship Program at Amazon Web Services and hopes to continue to grow his career with the company.

“Working at Amazon is a surreal experience every single day,” he said. “Everyone here brings unique value to the workspace. I can’t think of a better place to learn hands-on skills. Earning an opportunity at Amazon was my gateway, and for that I’m grateful for Year Up and Amazon.”

Hear more about Biruk's path at Amazon, and his experience as a member of the Black Employee Network, in the video below.

Biruk is just one of thousands of Year Up graduates ready to grow their professional career.

“I told myself, ‘I’m going to give it 100 percent and I’m going to see where it takes me,’” Joseph said of his Year Up internship.
See more