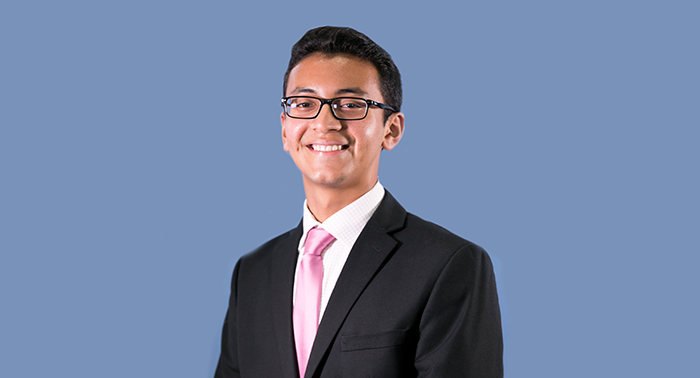 In his first year at Miami Dade College, Luis Alameda was uncertain of his next step, wondering if college was right for him, and decided to meet with his college counselor for guidance. Playing to his interest in technology, his counselor encouraged Luis to attend the school’s upcoming IT Seminar, where he was first introduced to Year Up. After seeing what the program had to offer and the employment opportunities it could lead to, he conquered a brief “too good to be true” moment of questioning and decided to apply—Luis had found his next step.

Fast forward a year, and that next step landed Luis a full-time role at Amazon—one of the largest online marketplaces, internet companies, and private employers in the world.

At Year Up, Luis specialized in Helpdesk/Desktop Support, where he learned technical skills in areas like operating systems, computer networking support, computer hardware, and customer service, as well as valuable professional skills like networking and business communication. That training, along with mentorship from his Year Up instructors, set Luis up for success at his internship as an IT Support Technician at Amazon, where he impressed his supervisors so much that he was soon identified for early hire.

There’s a lot of room for growth at Amazon. I have an interest in becoming an engineer, and even though I don’t yet meet the requirements for that role, I can study the criteria and those requirements in the meantime and work towards becoming one.

Building on the skills he developed at Year Up, Luis quickly discovered that he has a knack for customer service and takes pride in building a rapport with his clients.

“Especially with technology, it’s important to talk as a human, not as a computer, and to make sure the support is a worthwhile experience for the client as well.”

Today, Luis is a full-time IT Support Technician at Amazon, troubleshooting issues with laptops, printers, scanners, and other devices and supporting other technicians at his home-site in Doral, Florida, as well as six other Amazon centers in the area.

“I’ve been lucky to be rotated a lot at Amazon. Since I started in Opa-Locka, and now I’m in Doral, the transitions have given me a lot of opportunity to grow as a professional in the technology world,” says Luis.

With the support of his manager, Luis hopes to continue to progress his career at Amazon, and has set his sights on becoming an engineer.

“If he sees that I’ve taken an interest in a particular area, my manager encourages me to explore it, and provides training vouchers for me in that area,” shares Luis. “There’s a lot of room for growth at Amazon. I have an interest in becoming an engineer, and even though I don’t yet meet the requirements for that role, I can study the criteria and those requirements in the meantime and work towards becoming one.”

Luis continues, a highlight of his time at Amazon so far is “…being able to be a part of something that is critical and needed, in particular with our COVID-19 response. Although not everyone at my site may know me personally by name, all of us at Amazon know that we are contributing to something bigger.”

Luis is just one of the thousands of Year Up graduates ready to grow their professional careers.