Siblings on the Path to Success: How the Hamad Family Jumpstarted Their Careers at Year Up 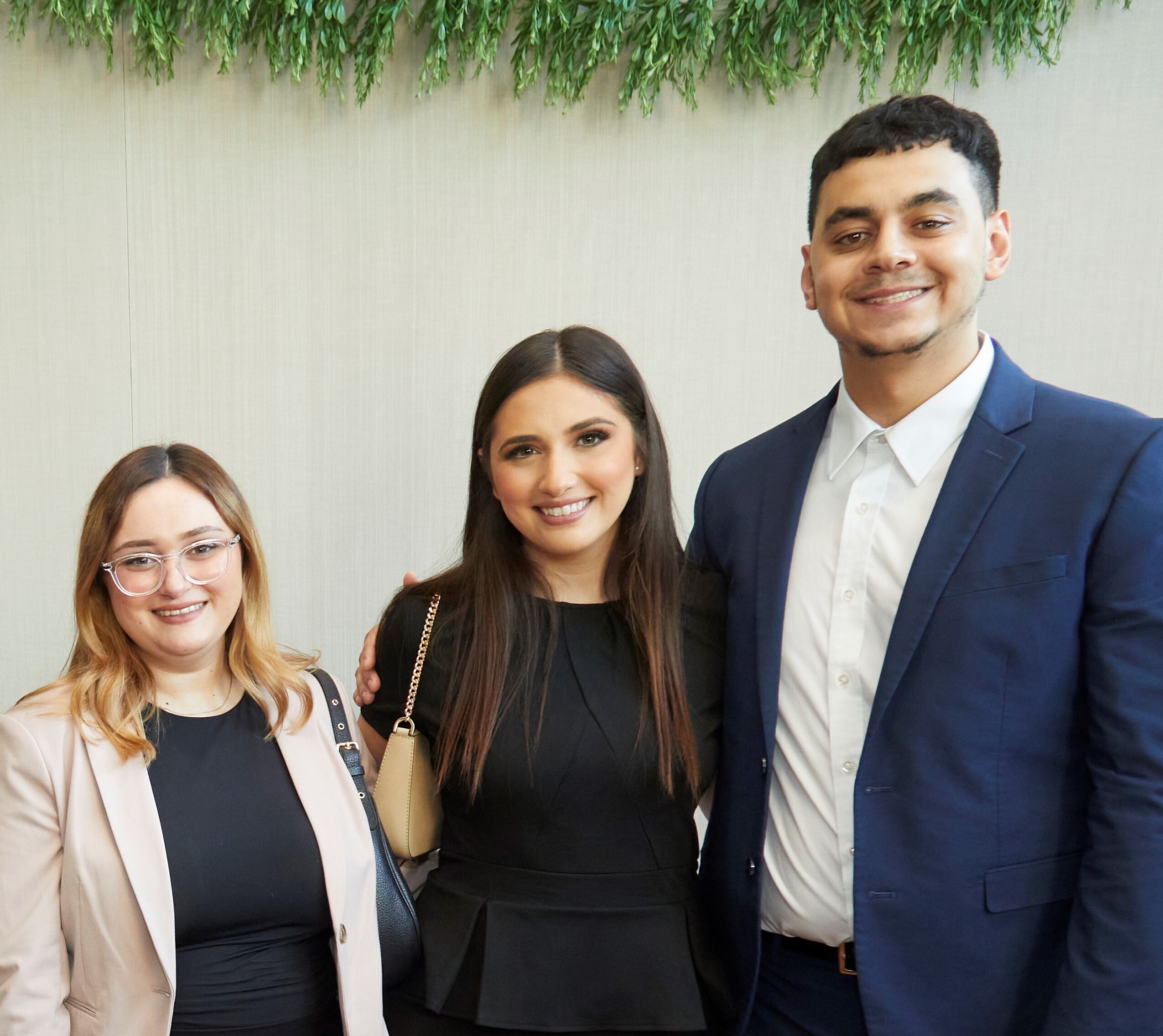 When Nadeen Hamad heard her husband, Mo, describe how much his experience at Year Up Dallas/Fort Worth impacted his life, she knew she had to explore the program for herself. Mo graduated in 2020, and soon after, Nadeen enrolled in the business track and graduated from the program in January of 2022, landing a full-time position at JPMorgan Chase. Nadeen’s transformational experience compelled her to encourage her sister, Sahar, and brother, Ahmad, to also enroll in the program. Now, all three Hamad siblings are finding new pathways to education and career success—and they’re doing it together. Sahar recently began her work-based placement and is on track to graduate in July 2022, while Ahmad just started the learning and development phase of his program in January.

It’s stories like these that we believe best demonstrate the profound impact Year Up has not only on individual students, but on whole families, neighborhoods, and communities. These stories make us proud to serve families like the Hamads.

The Year Up program gets you so far and gives you steps to get where you want to be. It gives you the financial freedom to be able to explore your options.

Upon enrolling at Year Up, Nadeen knew she wanted to pursue business, but lacked the resources and direction she needed to jumpstart her career. “I didn’t know what I wanted to do or how I was going to get where I wanted to be,” Nadeen says. “But Year Up did all that for me in just one year.” The Year Up team helped her determine her trajectory, enabling her to identify her passion for project management. Once the path was paved, all she had to do was walk it. Nadeen quickly and effectively leveraged the skills she developed in her business learning and development phase of the Year Up program to secure a role on the Commercial Banking Strategy Location Real Estate Team of the Global Finance and Business Management Analyst Program at JPMorgan Chase. For Nadeen, the impact Year Up had on her is clear: “It completely changed my life.” By the age of 20, Nadeen was able to accomplish her major life goals—she got married, bought a house, and started a full-time career

Because of the success that Year Up helped her achieve, Nadeen dubs herself the program’s “biggest ambassador,” encouraging everyone she meets to join Year Up. “It’s a good investment—and an investment in yourself, as well,” Nadeen says. “The Year Up program gets you so far and gives you steps to get where you want to be. It gives you the financial freedom to be able to explore your options.”

And Nadeen isn’t the only Hamad to find such success. Nadeen’s older sister, Sahar, thought long and hard about her next step. “I got my degree, and I still felt like something was missing,” Sahar says. “I just couldn’t find the right path to be on.” After hearing about Nadeen’s experience in the business track, Sahar soon joined the same track for learning and development—and that’s where everything opened up for her. “I found that stability that I was looking for,” she says. “It gave me a complete change of mind.” Sahar is now embarking on the second phase of her program in a work-based project management placement at Salesforce.

The support that Nadeen and Sahar showed each other demonstrates the strength of family bonds. “Nadeen’s my little sister,” Sahar says, “but I still look up to her and follow her footsteps.” Thanks to Nadeen’s inspiration, Sahar found a new path to achieving her goals. But it didn’t come without dedication and hard work for either of them. “It’s hard fitting the program into your schedule,” Sahar says, “but if you want to do it, you’ll do it. If you want to better yourself and change, you will do it for yourself.”

The Hamad sisters’ hard work was built upon Year Up’s foundation and commitment to empowering young adults and their families, helping them achieve financial security and economic mobility. We look forward to seeing Ahmad’s progress as he works through the program, as well as Nadeen and Sahar’s continued success as they impress corporate partners and thrive in their careers.

The Year Up graduate came from Venezuela with just one bag and now works on United Airlines’ domestic pricing team.
See more