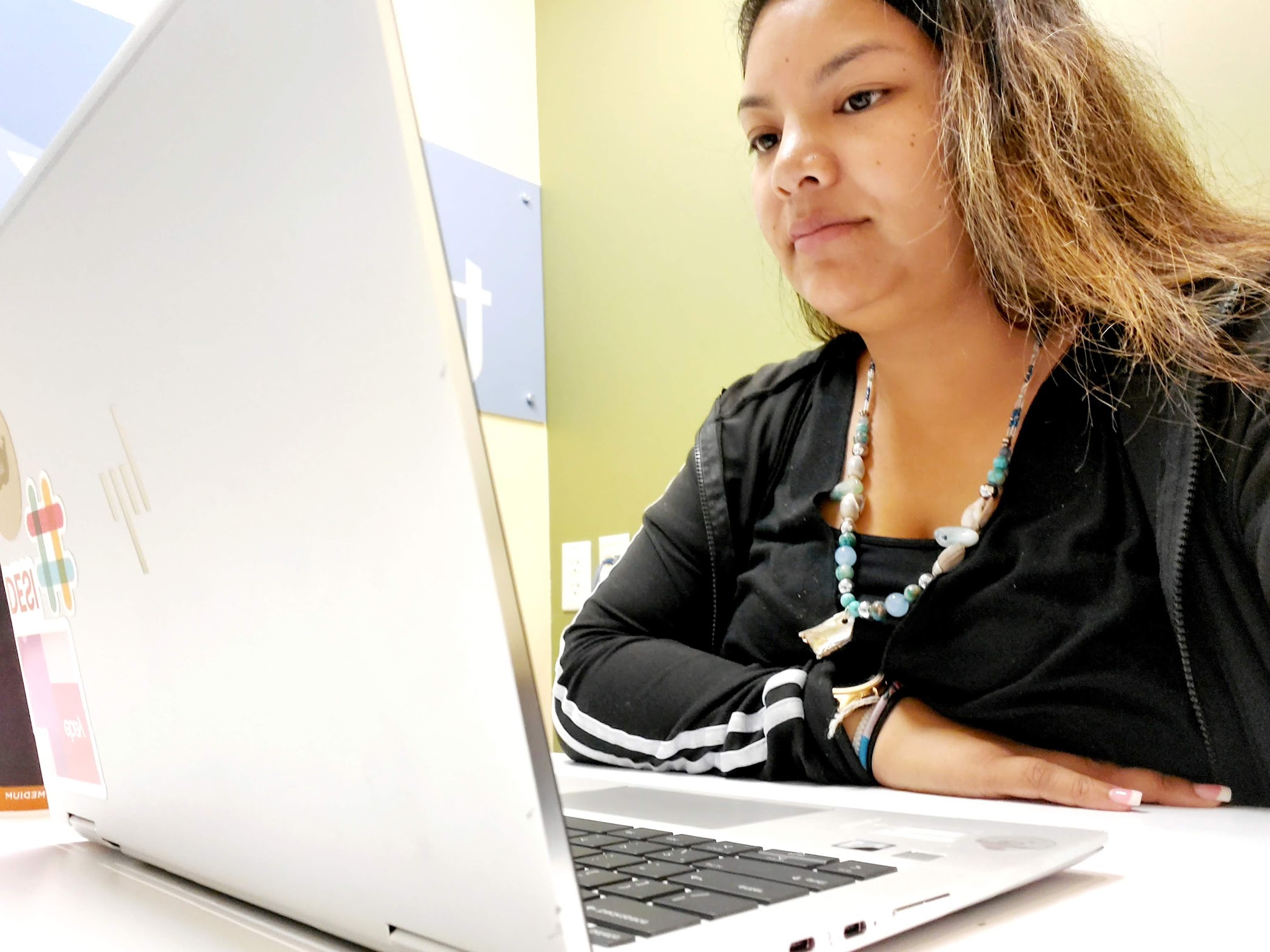 Bridging Cultural Divides: How Julie Dominguez is Transforming Her Community

Julie Dominguez, a 2015 Year Up graduate, uses the skills she learned in the program to advocate for fellow Native Americans.

Giving back is ingrained in Julie Dominguez’s DNA.

When Julie was four years old, her mother — a single mom of five — operated a food bank out of her station wagon.

Julie, a Year Up Bay Area graduate, says her mother’s example profoundly changed her: “She was really eager to mold me into someone who would be very active in their community and make the world a better place.”

Today, Julie is carrying on this legacy of community service. Julie had the drive to make a difference, but her personal circumstances, including becoming a teen mom, made having an impact harder.

After high school, she worked retail and administrative jobs, with a strong desire for a career that would provide financial stability for her and her two young boys. Julie, who grew up in San Jose, found her chance when she saw a Year Up flyer. Though Julie admits she “was really looking for work, not a job training program,” the stipend offered to Year Up participants convinced her to pursue the opportunity.

When Julie entered Year Up in 2014, she learned everything from coding and quality assurance to project management. While these professional skills changed Julie’s career trajectory, participating in Year Up transformed her personally. She gained a network of lifelong mentors and friends, whom she still turns to today for professional and personal advice and for support with her community advocacy work.

Thanks to Year Up’s feedback and coaching, Julie also gained new confidence. After completing the project management track, she interned at eBay. Julie impressed her colleagues with her work ethic so much so that eBay converted her to a full-time contract position after her internship. Five years later, Julie is a program manager at the company.

Julie is giving back at eBay: she manages several projects, including overseeing programming for Year Up interns. And Julie’s life has come full circle in other ways, too.

Julie, who is a member of the Muwekma Ohlone Tribe of the San Francisco Bay Area, is giving back to her community. She says an incident involving her teenage son spurred her community advocacy work.

Long hair is an important part of Native American culture, but for Julie’s son, it became a trigger for school bullying. Julie’s son began wearing a hoodie to physically shield himself from teasing, but that only led to him being unfairly punished — officials in-house suspended him for violating the school’s dress code. Even after he finally opened up about why he wore the hoodie, rather than supporting and encouraging him, a staff member told him to cut his hair. Julie says this complete lack of cultural understanding led her to get more involved.

Julie’s now an advocate for other Native American parents and is supporting school counseling efforts and peer group sessions. Julie is striving to build advocacy amongst other Native American families who have struggled with inappropriate disciplinary action due to a lack of cultural awareness.

Julie also is collaborating with other Year Up alums on a proposal for a Year Up Alumni ACTion Grant to fund books in her school district because her younger son’s school doesn’t have a library due to budget cuts.

Though Julie uses the skills she learned at Year Up to fuel her professional success, she also uses them to bridge cultural divides in her community.

Julie shows that Year Up graduates don’t just gain career skills; they also learn skills that improve the lives of others. Julie demonstrates that we all can make the world a better place, one community at a time.