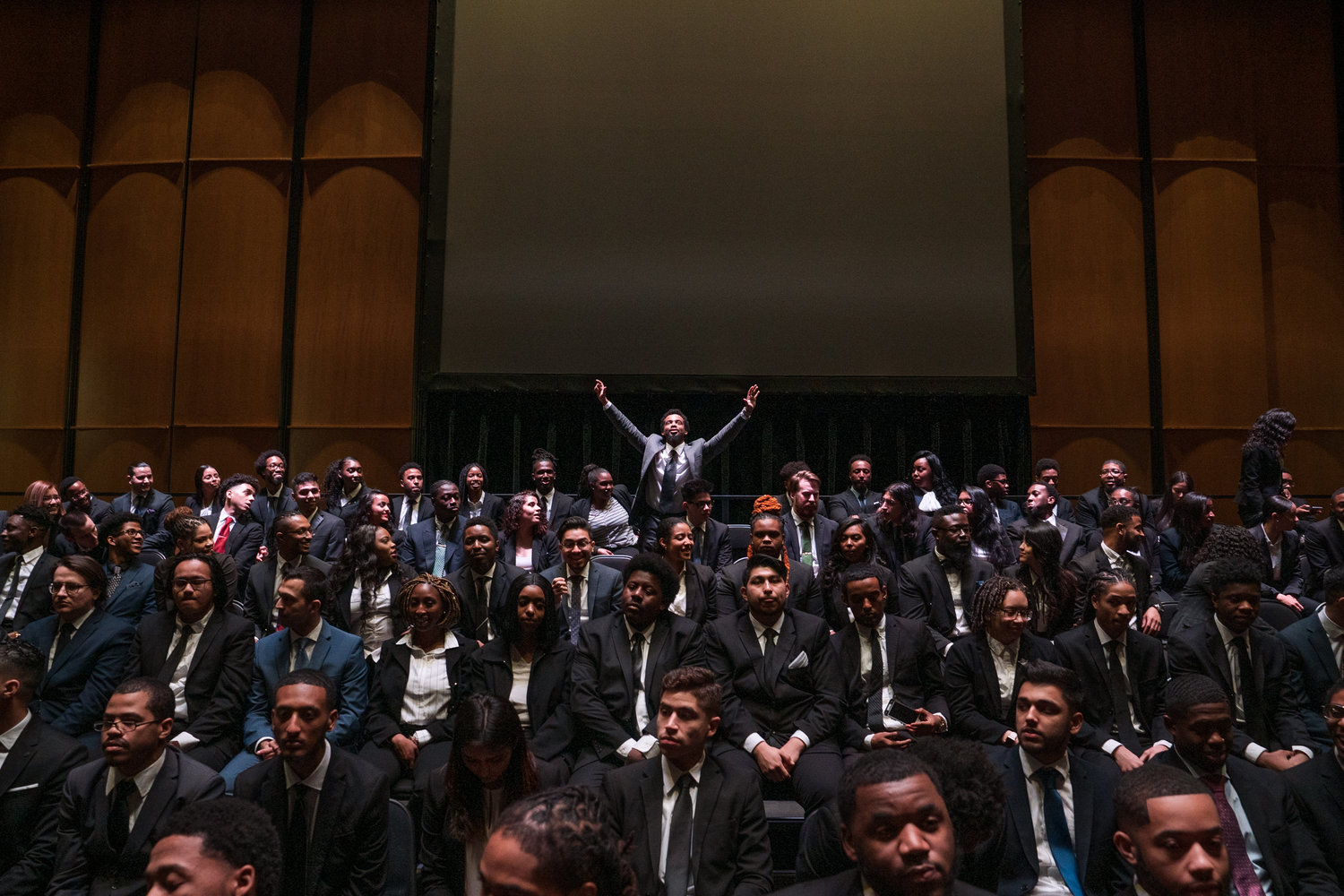 Resume Issues? Need An Internship? This Organization Can Help

By Amr Alfiky
Category | In the News National Capital Region
Share
NPR
For many college students, a crucial step on the path to a good job ” or career ” is the internship. It's a chance to gain vital experience and prove yourself to employers.
But to get that internship, you need a network, and a good resume. Both are things many students struggle with, especially those at community colleges. Students like Kelcei Williams. She attends Northern Virginia Community College in Woodbridge, Va. When she got to campus, her only experience was at Dunkin' Donuts and Lowe's Home Improvement. And that, says Gerald Chertavian is "not a resume that's gonna get picked out of the pile by Google or JP Morgan." Chertavian is the founder and CEO of a program called Year Up. The organization helps low-income young adults, like Williams, get from that thin resume to a good job.

"We have millions of young people who are struggling to connect to the economy, that are struggling to find opportunity," he says. Nearly three decades ago, Chertavian says, he wrote his graduate school admissions essay about an idea to bring more job opportunities to underserved youth. But it wasn't until years later, after building and then selling a successful technology company, that he turned that idea into reality.

Today, about 4,500 students are part of the Year Up program across the country. Here's how it works: Year Up partners with community colleges for a 12-month program. Students spend the first six months taking classes. Some of those courses are in "skill-development" ” subject based on the area's demand. For example, cybersecurity or data analytics. Other classes teach professional skills like email etiquette, resume building and dressing for success. Then, for the last six months, students do an internship for credit, with companies like American Express, United Airlines, LinkedIn and Bank of America. Along the way, Year Up provides social and emotional support. "We don't value the acquisition of professional skills that, actually, you need to get a good job today," says Chertavian. "If you didn't learn this from mom or dad, or have the good fortune of having role models close to hand, you may be graduating high school with very little knowledge of career readiness."

Last year, when Kelcei Williams was working a shift at Lowe's, a customer mentioned the Year Up program, and suggested she apply. "I didn't think I was going to step out of retail for a long time," Williams says. But now, she's loving school ” "I got the first 4.0 in my life!" ” and she's reframing her goals. She wants to be a software engineer. Williams says Year Up helped her realize that her time spent serving coffee and helping customers actually gave her a bunch of transferable skills: She's a team leader. She learns fast. And she can solve problems on the spot. She's especially appreciated the emphasis on what her Year Up leaders call: "Show up. Show out." In other words, be prepared in your demeanor and your dress, since you never know when a professional opportunity may emerge. Even when students have classes on campus, they're expected to wear professional clothing: blazers, ties, white shirts. Williams says walking through campus in her blazer makes her feel important. Confidence was always something she's struggled with, especially after high school. Now, she's more sure of herself and where she wants to go with her life.

Her family has noticed the change after just six months ” especially her mom. "I hear her talking on the phone about it," says Williams, "and that makes me so grateful that I'm not the daughter that just sits at home anymore." Year Up says its graduates aren't sitting at home either. Students who complete the program earn an average starting wage of $19 an hour, which is about $38,000 per year. Last year, a federally-funded study found big wage gains for participants. For the eight locations studied, 89 percent of graduates were employed full-time four months after graduation, and 88 percent were in an occupation relevant to their Year Up training. "You've got to change the perception that the four-year degree is a myopic tool to weed out people," says Chertavian. "Our students shouldn't be the miracle or the exception." "If this little nonprofit can do it," he says, "We actually can do it as a country." For her last six months in Year Up, Kelcei Williams is interning at Capital One in Richmond, where she's working on hardware and software repairs. She says she's a little nervous, but up for the challenge: She's got six months to convince her bosses they can't live without her.