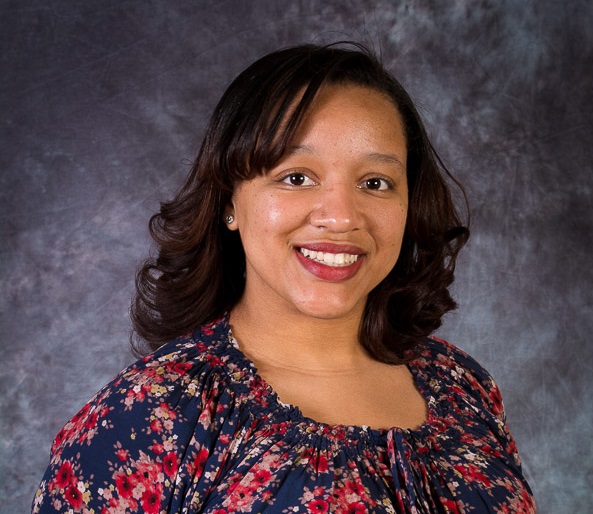 From her experience in Year Up, Bene’t Morando learned that humility is the key to confidence and to seize every learning opportunity she’s presented with.

On a spring day in 2017, as her mother cheered from the crowd, Bene't crossed the stage alongside her father to receive their degrees from Peirce College. It was a powerful yet humbling moment for a young woman who once thought she knew it all.

As a teen, Bene’t was bright, outgoing and self-assured. An admittedly mediocre student, she had little interest in school, doing just enough to get by. College wasn’t on her radar until she heard the constant chatter of classmates talking about their plans. By then, she was a junior — “which was pretty late,” she acknowledges.

After high school, she entered Community College of Philadelphia, where nothing changed. She put off activities that could help her in the future, like studying, pursuing financial aid, or finding opportunities. Even when she came up with something she might want to do in her life, she lacked the motivation to go after it. “I thought about being a teacher, a veterinarian, or an entrepreneur," Bene’t recalls.

The “wing it” approach she had relied on for years was no longer serving her. A second-year college student with no clue what to do next, Bene’t’s childhood self-assuredness began giving way to self-doubt.

The fact that people were willing to give me their time [at Year Up] helped me learn to invest in myself.

Then an email in her spam folder changed her life.

The email Year Up and college partner, Peirce College, described earning college credits and getting an internship with a Fortune 500 company. Thinking it was a hoax, the only thing that kept her from deleting it was her mother attended Peirce College. Since the college was legit, it might be a real opportunity, so she did her homework.

At a Year Up orientation, she learned the opportunity was real, but much would be expected of her. Feeling like she had let herself down up to that point, Bene’t decided she needed to rise to this challenge.

Upon entering the July 2014 cohort of Year Up Greater Philadelphia on the IT track, she immediately realized she had much to learn. “The fact that people were willing to give me their time helped me learn to invest in myself,” she says.

Among the many things she learned over the year, her coach and mentor Daniel Holland, a Year Up Greater Philadelphia Account Director, taught her a little humility goes a long way. Bene’t recalls initially becoming defensive at her peers' constructive feedback. She ultimately realized the confidence she projected was actually cockiness, and her lack of humility was holding her back.

Once she started shifting her mindset, Bene’t discovered many people were willing to guide her — both at Year Up and in the Delaware office of JPMorgan Chase, where she was placed for her Year Up internship. While her main tasks involved assisting teams with SharePoint, her networking skills best served her.

Early on, she had been warned that there was no budget to keep her beyond the six-month period. By month five, she was applying for jobs outside the company. However, a week before graduation, she learned several managers had pooled enough resources to fund a position for her. “It showed me how important it is to develop relationships, because you never know who might help you down the road,” she says.

Today, Bene’t continues to thrive at the financial services giant as a Technology Operations Analyst. But growing on the job has been only one aspect of her journey. Clear direction and newfound motivation ignited a quest for learning within her. Well into her 20s, the once–reluctant student devoted much of her non-working time to pursuing knowledge in the classroom at Peirce College.

Taking weekend classes as an intern, she completed her associate degree by 2015. She continued toward her bachelor’s degree in information technology, but by now she had company. Bene’t’s parents, both seeking to advance their own careers, were also enrolled at Peirce — her mother earning her bachelor’s in 2016 and her father in 2017, graduating in the same ceremony as his daughter. “That was pretty amazing,” Bene’t says.

This driven young woman didn’t stop there, Bene’t earned her master’s in organizational leadership and management in June 2019 to prepare herself for a future leadership position in the business world. Today, she’s also a leader in the Year Up community, serving on the board of the National Alumni Association and a mentor to Year Up students.

“I want to be an active ambassador for the Opportunity Movement,” she says. “Year Up has been a humbling experience, and it’s made me a different person. I learned not to be afraid to reach out for help, because there are people who want to see you succeed. If I can make a difference in allowing others to get to this place, I want to be there for them.”

Ready to create your non-traditional path?

Apply to Year Up today!