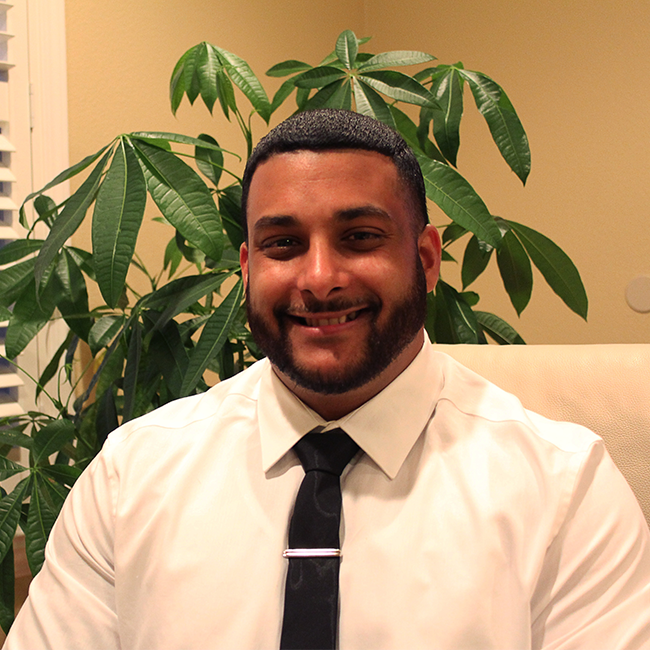 Growing up in the Bay Area, Steven Singh dreamed of working for Kaiser Permanente, one of the country's leading nonprofit health plans and health care providers. The company's large presence and ongoing commitment to impacting the local community made them stand out to Steven, and represented a unique opportunity to check two important boxes for him job security and his desire to help people. Based on what he knew about jobs in the healthcare industry, Steven thought about pursuing nursing at Kaiser, but he soon realized that the career pathways available to him were in fact much broader than his initial assumptions.

Fast forward, and Steven has not only arrived at Kaiser his dream destination for a meaningful career but in a role that leverages his skills and reflects his passions. Thanks to his commitment to learning, and training from Year Up, Steven landed a full-time job as an IT consultant at Kaiser Permanente, where he now acts as a liaison between medical and IT staff helping to evaluate, document, and coordinate technology needs for Kaiser's numerous teams.

"It's one of those things where you feel like you just won a championship,' Steven said of earning an internship and permanent position at Kaiser. 'When I got the offer letter, I felt like I truly achieved something that I didn't think I'd ever achieve."

I didn't give up, even though I wanted to. Now I have a really good career and I can pay for my own tuition. When you work that hard and you achieve something, it's almost like you're walking across the stage at graduation. You finally did it.

At Kaiser, Steven isn't alone: the company first partnered with Year Up in 2009 and has hosted more than 280 Year Up interns and hired more than 130 graduates since then. Today, Kaiser requests more than 45 Year Up interns a year, leveraging talent at five locations on more than 10 functional teams across the organization. Kaiser's partnership with Year Up provides access to a strong pipeline of motivated talent like Steven, and allows the company to further its impact in the communities it serves by sourcing and developing talent directly from these areas.

Steven graduated from Year Up in July 2017, specializing in Project Management Support. Before joining the program, he was a first-generation college student at San Jose State University, but dropped out due to the difficulties of balancing school, work, and family responsibilities. With his father out of the picture, Steven had helped his mother and siblings with bills starting his sophomore year of high school, and wasn't able to make the same contributions as a college student.

When he left school, Steven tried a few jobs in retail before a friend who had graduated from Year Up recommended that Steven check out the program. Steven was skeptical at first, but decided to apply after seeing his friend's success at an Airbnb internship and Salesforce position.

"Going to the Year Up info session was the stamp on the letter," Steven said. "Hearing the stories of the people there, I knew I was in the right place."

During Year Up's learning and development phase, Steven said he found learning professional skills, project management techniques and tools, and effective self-evaluations to be most helpful in transitioning to corporate America. "I remember being both receptive and defensive during my first evaluation because I thought I was rated low in some areas," he added. "But you have to learn how to understand constructive criticism." At Kaiser, Steven has built on what he learned at Year Up, continuing to apply and develop feedback as a professional skill. He now completes self-evaluations on a quarterly basis complete with feedback from his manager.

That preparation, combined with Steven's persistence and hard work, paid off during his internship at Kaiser, where he served as a business analyst intern.

"After my internship, I must have been at the right place at the right time, because some of my work and people I'd been talking to during these months led to a contract position," Steven continued. The internship and subsequent contract roles showed how Steven could shine: Kaiser ultimately hired him full-time as an IT consultant.

Working at Kaiser, Steven leverages what he learned in his Project Management Support specialty at Year Up analytical frameworks, Gantt charts, Microsoft Project and more to help complete complex, senior-level projects like office construction and moves. 'We have to think, how are our staff members going to work in a different space and still see patients?" he said. "Do they have printing options, can they receive calls, is there power, is the data on the connections active? A lot of things can get convoluted."

One piece that isn't convoluted: Steven's career path and ambitions. He's working toward a promotion and Project Management Professional certification (PMP), all while finishing his degree at California State University, East Bay. He's thankful for his time at Year Up and how it brought out his hardworking nature.

"I didn't give up, even though I wanted to," Steven said. 'Now I have a really good career and I can pay for my own tuition. When you work that hard and you achieve something, it's almost like you're walking across the stage at graduation. You finally did it."

Steven is just one of the thousands of Year Up graduates ready to grow their professional careers.