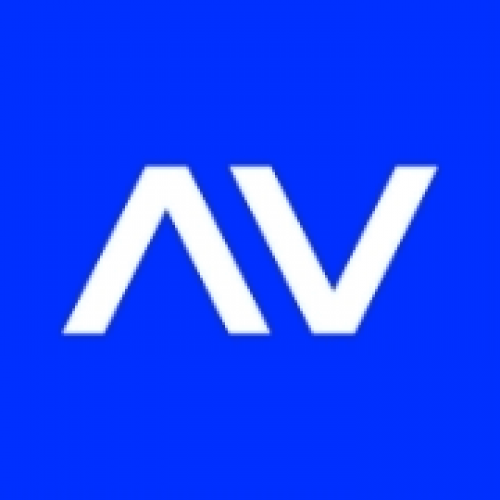 Share this story
Go to Arnold Ventures to view more 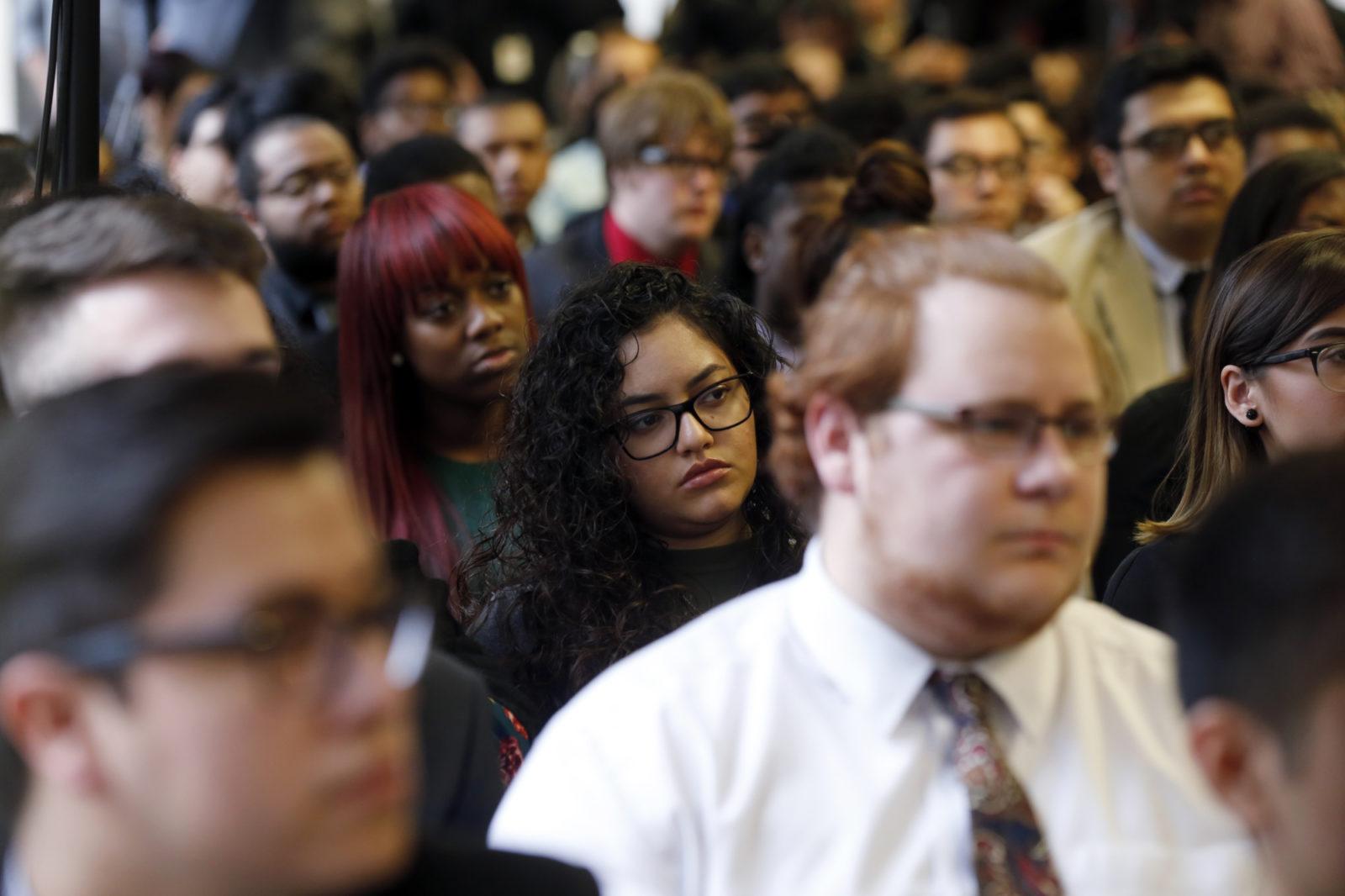 Year Up is helping low-income young adults find good jobs. Now it’s up to Year Up and other innovators to convince the government to fund these programs, which have been rigorously shown to substantially increase participants’ earnings.

Yunior Valdez was a teenage father and DACA immigrant with dim prospects as he neared the end of high school. Brought to the United States at age 4 from the Dominican Republic by his parents, Valdez held two jobs throughout high school. To enroll in college, he would either need to take out oppressive student loans, or skip it all together. Through a mentor, he was steered toward a nonprofit program called Year Up — a full-time, year-long workforce training program offered at no cost to low-income young adults.

"I was overwhelmed (at first). I had to dress up, and I wasn't used to that. It was new to me. I felt it wasn't my type of environment. I felt insecure," Valdez said. "But I had to switch my attitude."

Year Up's advisors worked with him on everything from how to write an email to how to shake hands with potential customers. After six months of technical and professional skills training, he gained enough confidence to survive his first day at his internship, even using his fluency in Spanish to help with customers. He was hooked, and so was CarGurus, which snapped him up immediately upon his graduation from Year Up.

Valdez is one of 30,000 students served by Year Up's unique program, spread out among 25 cities in the United States. There are currently 4,500 young adults aged 18-24 enrolled in Year Up, which costs students nothing and provides them with a small weekly stipend. “There are about 4 million young adults in America with high ambition but steep roadblocks leading to an ‘opportunity divide’," said Garrett Warfield, chief research officer at Year Up.

Year Up offers targeted instruction and professional internships that are directly driven by market demands. Participating employers help influence the curriculum to ensure it responds to industry trends. Training is heavy on practical skills and in the demands placed on students, but also offers a high degree of support. “We believe young adults should get exposure to what it's like to work in the workforce,” Warfield said. “(We stress) things like dress code, attendance, and tardiness.”

And Year Up is very selective. Applicants might face significant hurdles but also must have the motivation to stick with a challenging 12-month program. Throughout, they receive wrap-around support services to address any challenges that arise, such as housing insecurity.

"If we could wave a magic wand, a vast majority of those 4 million young adults would be connected to some kind of Year Up experience,” Warfield said.

Critical to making this dramatic growth possible will be convincing government agencies, which previously have funded status quo approaches with disappointing results, as well as a sometimes-skeptical public that the right programs can work. Rigorous research can make the case to both constituencies, proving programs like Year Up really make a difference. New research makes this case clearly: The results of a randomized controlled trial released recently show Year Up graduates enjoy earnings gains of 30 to 40 percent annually over their peers, and those results were sustained over five years.

30-40% Annual earnings gains of Year Up graduates over their peers, sustained over five years

Year Up is one of nine programs that are part of the federally sponsored Pathways for Advancing Careers and Education (PACE) Evaluation, which aims to bring scientific rigor and examination to workforce development programs.

“The earnings effects are among the largest ever found in a high-quality randomized controlled trial in the field of workforce development," said StraightTalkOnEvidence.org in a blog post about the study.

Critically, the gains were proven at multiple locations, across demographics, and in various situations, said study author David Fein, a researcher with Abt Associates, a social impact research company. "Here we have 2,544 young adults randomly assigned in a national program in nine major cities…and showing impressive impacts in all nine locations,” he said.

"The existing evidence is robust. It provides confidence that if another jurisdiction faithfully implements this program, they will see a major impact for low-income young adults," said Jon Baron, until recently vice president of evidence-based policy at Arnold Ventures, who has reviewed the research findings.

Furthermore, the PACE study also showed that for every dollar spent on Year Up, society gets back $1.66 in tax revenue and savings on other social programs, Fein said. And that doesn’t even include longer-term impacts.

$1.66 - Amount society gets back in tax revenue and savings on other social programs for every dollar spent on Year Up

“That $1.66 is only what comes back in the first five years. We have every reason to believe the longer-term impact will be greater,” Fein said. “And that’s not counting hard-to-monetize benefits like improvement in family well-being, better outcomes for the children of participants, less use of mental health services, less incarceration.”

A New Approach to Funding

Currently, Year Up is paid for privately — split about 60-40 between corporate partners and nonprofit dollars. To really ramp it up, public dollars would have to arrive. Arnold Ventures, which is funding follow-up studies of two randomized controlled trials to evaluate the impact of Year Up's Professional Training Corps as well as a similar program named Per Scholas, is advocating a new approach: the Funding Match for Evidence initiative.

The goal is to drive more public money toward programs that really work. “I think a lot of states and localities want to improve earnings for low-income individuals but don’t understand how unique the Year Up evidence is. This program is ready for expansion to other sites,” Baron said. And a federal funding match program would really help. The proposal would allow states and localities to qualify for additional federal match funding if they devote existing resources to programs like Year Up that meet high evidence standards.

“Most government social spending, in job training and other areas, is disbursed through a funding formula in which evidence about what works plays very little role in what gets funded,” Baron said. “Proven-effective programs like Year Up are not prioritized under these spending streams and may never receive the funding they need to expand.”

Applying the scientific method to targeted federal programs in a field such as workforce development is a good start.

Evidence from research like the PACE study is critical to persuade people who look skeptically at workforce development training, Warfield said. “Folks who are saying, ‘We’ve been throwing money at these programs for a long time and have nothing to show for it,’ may not have had the chance to hear about the latest and greatest research,” he said.

“Once upon a time any job placement was counted as a win. We would count up all those hero statistics and say 80 or 90 percent of participants were placed into jobs,” Warfield said. But not all jobs are created equal, and in the past, agencies didn’t put effort into quantifying this difference. Nor could they determine if the workforce training made any difference at all. “They could not answer the real question: Is that job placement meaningfully different than what participants/young adults would have accomplished had we done nothing? The answer often was no,” Warfield said. His work — the professional field of social program research — emerged out of what he said was “several decades of doubt and naysaying.”

“The real question is, are we investing in stuff that has evidence it is working? Or just programs that we're just used to funding? We redefined (the problem) and set the bar higher,” he said. “The game has changed... At the end of the day, we're showing that without drawing down on massive amounts of public money, we more than exceed the cost to society.”

A New Sense of Urgency

Some criticize programs like Year Up, suggesting they only serve people who would have succeeded anyway. That's why the latest randomized controlled trial is so important: It shows that similar young adults in the same neighborhoods and circumstances do not fare as well without the aid of Year Up.

For example, in 2015, Year Up had 50 percent more young adults who met program requirements than they had spaces for. To allocate the limited program spaces, the organization used a lottery to select a program group that enrolled in Year Up and a control group that did not. (The control group was directed to other community services and agreed to stay in touch with researchers.)

Jaime Ramirez was part of that lottery six years ago. He’s “forever grateful” that he was lucky enough to win the lottery and enroll in Year Up. Ramirez grew up in poverty, but thanks to Year Up, he was able learn the necessary skills to land an internship at one of the world’s largest technology companies before being hired full time at another Fortune 500 technology company. Today, he works for a Puget Sound-area aerospace firm and has financial independence. “Without Year Up, I think I would still be in the early stages of my career right now,” he said.

As technology firms struggle to fill high-tech openings and continue to pledge stronger efforts to diversify their employment ranks, programs like Year Up can be a big piece of that puzzle, Fein said.

“In the whole tech diversity landscape, there's a segment of entry level employment that folks at Year Up can meet,” Fein said. Already, the program is adapting to emerging needs accelerated by the pandemic, and increasing its online learning offerings. It’s also increasingly partnering with community colleges to offer versions of the program that help young adults earn associate’s degrees.

“In the Year Up randomized trial, 85 percent of the participants were Black or Latino,” Baron said. “So when people are talking about, ‘How do you increase mobility and address racial and social inequality?’ this is a concrete step forward that really works.”