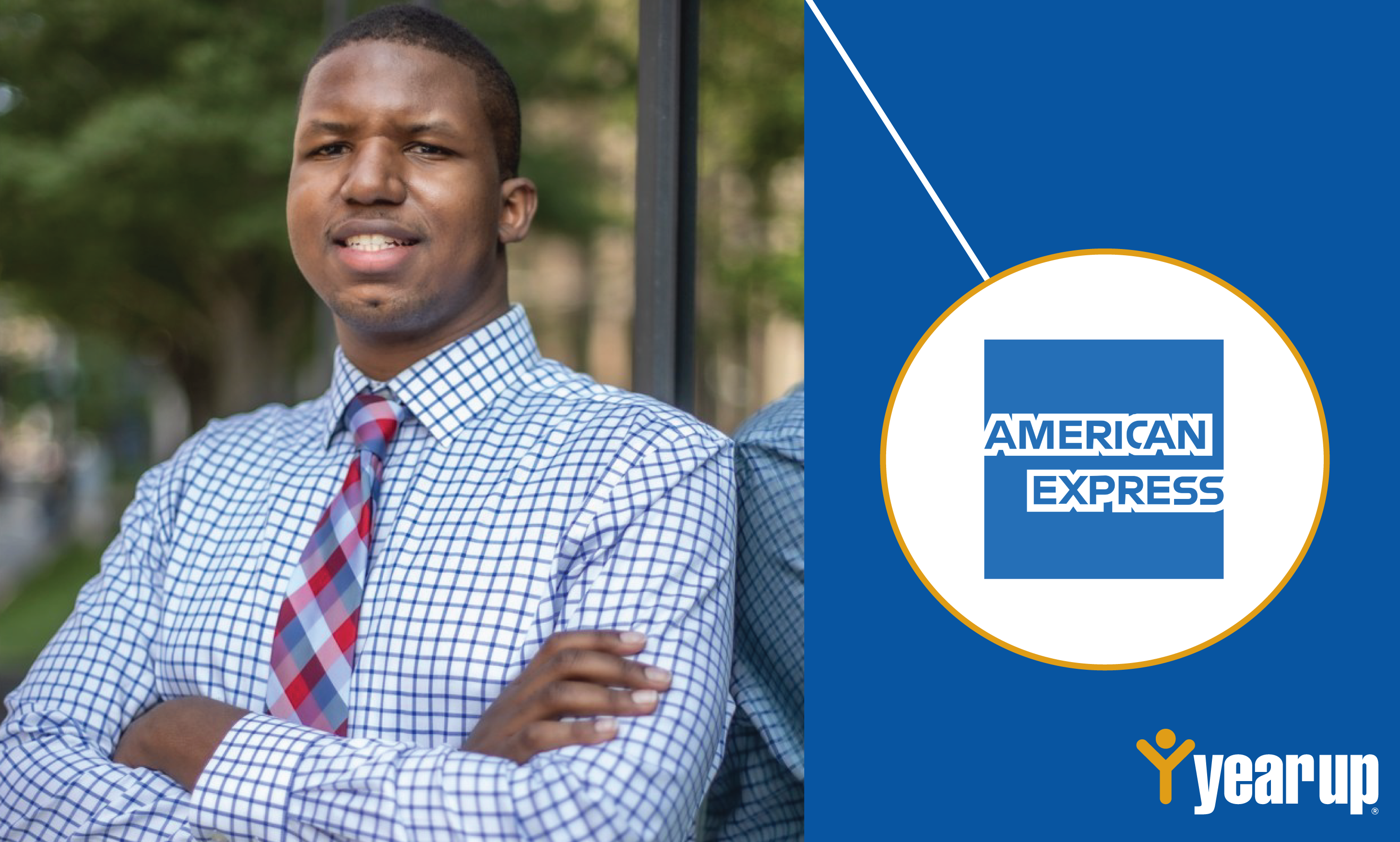 Now an Information Security Analyst I, the Year Up graduate is keeping customers safe and building a career in cyber security.

The dynamic world of cyber security is not for everyone, but Ryan Campbell knew early on it was where he wanted to be. After earning an associate’s degree in cyber security at Westchester Community College in New York, he felt ready to make a career of it, but found difficulty breaking into the field. His search for an opportunity led him to Year Up where he could further develop his business skills and hone his expertise.

Training in Cyber Security and IT at Year Up

At Year Up, Ryan deepened his technical capabilities within IT, building his skills in operating systems, computer networking support, customer service, and computer hardware. Year Up also cultivated communication and networking habits that would empower him to make an impact in his roles to come. Ryan continued to deepen his knowledge of cyber security through training at Year Up as well.

Ryan found that Year Up was challenging, but the sort of challenge that fostered growth. It was an opportunity for motivated individuals to work together with the guidance and leadership of Year Up staff. He and his cohort members, who would become lifelong friends, were able to, as Ryan puts it, “Say we’re here together. What’s the goal, how do we get there, and how do we work as a team to get there?”

It’s exciting. Being here at American Express for almost four years now, I just want to keep learning more. It’s like ‘how can I learn more once I’m in a role?’ then, ‘What more can I add to it?’

Ryan was born in Jamaica, but has spent his entire life in the U.S., making him one of hundreds of thousands of Deferred Action for Childhood Arrivals (DACA) recipients. When the federal government attempted to phase out DACA in 2017, a critical time in Ryan’s career development, Ryan and his Year Up cohort came through by collective endeavor. “At Year Up we got the opportunity to talk about DACA... in that open space we were able to educate each other… we’re still here and we’re doing great.” Ryan has endured challenges like this through open communication and dedication, attributes that have continued to serve him well as he builds his career.

Utilizing His Cyber Security Training to Excel at American Express

After completing Year Up’s learning and development phase, Ryan earned a six-month internship at American Express. By the end of his internship, Ryan had made an impression and American Express identified him for full-time hire. Since graduating from Year Up New York | New Jersey in 2018, Ryan has continued to reach one goal after another, landing him in his current role as an Information Security Analyst I.

“Where I work now at American Express, our team performs advanced technical assessments to validate the security posture of our most important third parties, ensuring that they’re compliant with industry standards, up-to-date, and patched. If there’s a vulnerability or a breach, we’re on top of that, and we’re keeping our customers safe by doing that.”

Ryan’s journey thus far has been one of self-advocacy and relationship building. Even though his initial internship assignment was in IT, he was still determined to find a way to specialize in cyber security and put his training to good use. Using the business communication skills he honed at Year Up, Ryan requested a transfer to a more specific cyber security internship, and his managers at American Express, impressed by his character and honesty, facilitated and supported this move. Many people—more than he ever knew—had been tracking his progress, and they recognized his potential.

The cyber security internship at the New York American Express office was a new program, so Ryan felt it was important to make a statement. He faced new challenges, but he knew what it would take to keep up in the fast-paced environment: “In that moment, I just realized I have to communicate everything to keep a pulse check on everything that’s going on and to have feedback. Things that I do now to this day. Tell your leader what’s going on, tell them what you need help with. That’s where my internship was really important.”

Contributing His Success in Part to Year Up

Ryan has continued to succeed, due in part to his Year Up background. He says that Year Up employees bring an edge, forged by the hard work required to meet the high expectations of the program. “Year Up provides the resources for people in the program to do well, and companies are going to get top employees.”

Ryan has enjoyed and embraced his work at American Express. “It’s exciting. Being here for almost four years now, I just want to keep learning more. It’s like ‘how can I learn more once I’m in a role?’ then, ‘What more can I add to it?’” American Express has continued to invest in his potential, even nominating him for a mentorship program with a VP at the company. Though keen on directing and coordinating, Ryan loves the hands-on side of the work as well, and is interested in the work of analysts who go on location to third parties to assess their cyber security needs and practices. His future is full of possibilities, especially with American Express’ continued support.

Ryan is just one of thousands of Year Up graduates ready to grow their professional career.

How a challenging year's start led Wayland to a flourishing career at Bank of America.
See more

Candace is a Data Coordinator at The American Society for the Prevention of Cruelty to Animals (ASPCA) & Year Up New York Graduate, Class of July 2017.
See more