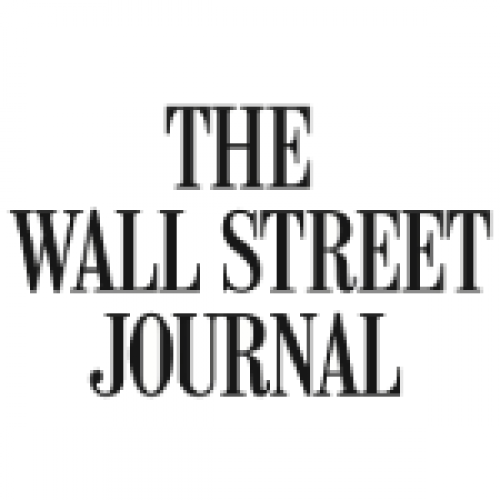 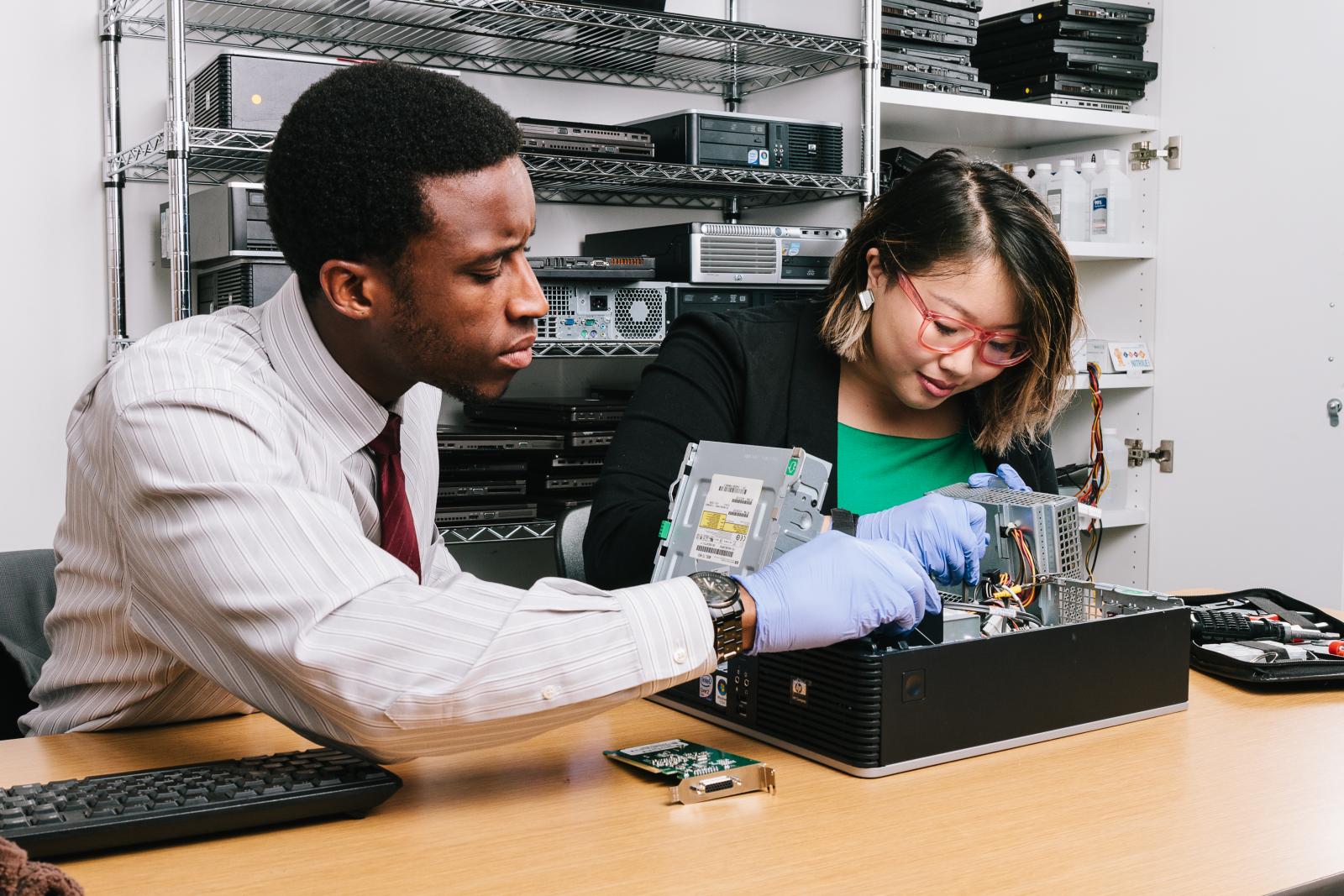 Among the challenges: creating a more diverse pipeline and measuring the extent of the problem

Much has been said about the importance of having a diverse and inclusive workforce, yet when it comes to promoting ethnically and racially diverse people to boards and senior leadership positions, U.S. companies continue to struggle.

Why is that the case?

Those who study the issue cite a plethora of challenges. Some, for instance, say educational disparities leave companies fighting over a small pool of qualified candidates. Others argue that companies can't fix the problem without measuring the extent of it first - something many companies don't do. And still others believe the problem is more basic than that: The issue, they say, is that many companies simply don't like to talk about race and institutional bias that makes it harder for minorities to advance through the ranks.

"Over time we have erased race from the conversations about diversity and inclusion," says Laura Morgan Roberts, a professor of practice at the University of Virginia's Darden School of Business. "I know it makes us uncomfortable, but we all are losing out in creating a more sustainable world if we continue to overlook some of the racial dynamics."

In recent years, U.S. companies have put an emphasis on adding women to their boards, and they have achieved some progress. This year, for the first time in history, every company in the S&P 500 index has at least one woman on its board. The milestone was reached in July, when online vehicle-auction company Copart Inc. announced the appointment of Diane Morefield as a director, according to the first diversity and inclusion ranking of companies and sectors in the S&P 500 by research analysts at The Wall Street Journal.

Meanwhile, the percentage of open board seats filled by people from diverse ethnic and racial backgrounds remained unchanged last year at 23%, according to Heidrick & Struggles, a research and consulting firm.

Some say disparities in higher education could be partly to blame for the lack of progress.

Though the number of black and Hispanic students earning college degrees is growing, white students earned 67.5% of bachelor's degrees, 68.2% of master's degrees and 70.1% of doctorates in the 2015-16 academic year, according to the U.S. Department of Education's National Center for Educational Statistics.

"If there is not a pipeline of diverse applicants getting their professional degrees, there are simply fewer diverse people to choose from," says Mikki Hebl, a professor of management and psychology at Rice University in Houston.

To address that issue, companies need to actively seek out underrepresented voices instead of waiting for the talent to come to them, academics say. PayPal Holdings Inc., PYPL + 0.21%▲ for example, participates in the Year Up program, which trains and places people from disadvantaged backgrounds into corporate internships that often turn into full-time work.

Nahtifa Wright, a 30-year-old African-American woman from Oakland, Calif., had dropped out of college and was working two retail jobs when she joined the program. She interned at PayPal and eventually got a degree from San Jose State University and a full-time job at the company, where she has worked for the past seven years supporting IT needs for the internal communications team. Since 2015, PayPal has hosted 108 Year Up interns and hired more than 50 of them full time.

PayPal, which placed above 92% of S&P 500 companies in the Journal diversity ranking, has also made an effort to promote more diverse people into senior management.

Last year, the San Jose, Calif.-based company started requiring that at least one diverse candidate be considered for every open position at the director level and above, with at least one diverse employee on the interview panel. Since then and through its other diverse hiring policies, the company has increased the share of diverse people at the vice president level by more than 5%.

The existence of biases around gender and race, which can influence decisions and result in discrimination when recruiting and promoting staff, is another issue companies continue to grapple with. From 2010 to 2017, more than one million cases of alleged violations of federal workplace antidiscrimination laws were filed with the Equal Employment Opportunity Commission of its partner agencies, according to the Center for Public Integrity. These ranged from racial and sexual discrimination to retaliation, age discrimination, and discrimination related to a medical condition or disability.

"Because of long-term institutional bias, many women and ethnic minorities haven't had the opportunity to get the type of experience that many companies require," says Matt Moore, chief talent officer at Alpine Investors, a private-equity firm based in San Francisco that recruits people for its CEO-in-training program. "But that doesn't mean they don't have the skills and insight to do the job well."

American Express Co. AXP + 0.59%▲, one of the 20 most diverse companies in the S&P 500 based on the data compiled by the Journal analysts, rolled out a program in 2015 to train employees on how to identify and break unconscious bias in their decisions and build inclusive teams. The company also launched a mentorship program in 2018 to help women and people from underrepresented backgrounds develop in their careers.

Those efforts attracted Lily Doxy, a 34-year-old black woman with an executive M.B.A. in digital marketing from Rutgers Business School in Newark, N.J., and an M.B.A. in marketing and management from St. Peter's University in Jersey City, N.J. Her bachelor's degree is from Howard University.

"They [American Express] encourage moving around the company and making sure that you move up," says Ms. Doxy, who recently joined American Express as senior manager of digital experience, global commercial services. "it is a very diverse place and reminiscent of what America actually is, a melting pot of people."

Some say one of the biggest barriers to improving diversity in corporate leadership is that many companies don't accurately measure - or disclose - the extent of the problem. Only 3% of companies in the S&P 500 share a full breakdown of their boards' ethnic diversity, and only 4% publicly disclose how ethnically diverse their senior management team is, according to the data compiled by the Journal analysts.

Experts say many groups, including people with disabilities and nonbinary people, are barely acknowledged in corporate reporting because the diversity and inclusion data that is collected isn't nuanced enough.

Without precise data, company executives may struggle to put the right D&I initiatives into place, they say.

"Regarding ethnicity and age, good data is even harder to come by," says Travis Korte, data science lead at Ethic, a tech-drive sustainable asset manager. He adds that when companies report their racial and ethnic makeup, there is no reliable way of knowing how a company's reporting methods compare with those of its peers.

"Until we see companies reporting much more deeply and thoughtfully about employee makeup in general, any assessments of diversity we make will have to be conditional," says Mr. Korte.

Ms. Sardon and Mr. Holger are reporters for The Wall Street Journal in Barcelona. Email them at maitane.sardon@wsj.com and dieter.holger@wsj.com

Year Up is helping low-income young adults find good jobs. Now it’s up to Year Up and other innovators to convince the government to fund these programs, which have been rigorously shown to substantially increase participants’ earnings.
See more