Share this story
Go to Yahoo! Finance to view more 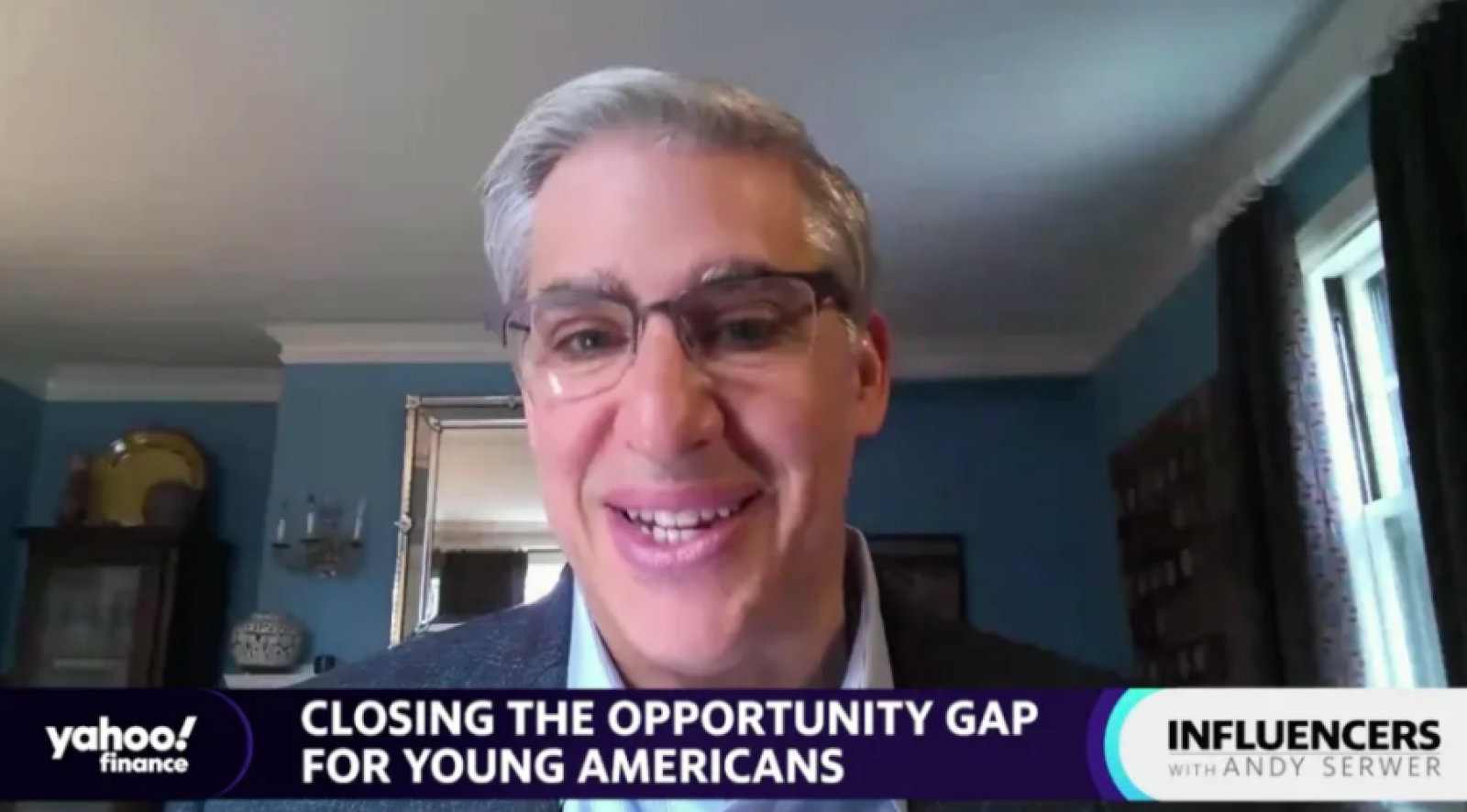 JPMorgan Chase (JPM) CEO Jamie Dimon on Wednesday said the U.S. economy will "likely boom" over the coming years and called for improvements in job training programs to equip workers with the skills that the recovery will demand.

The rosy prediction from the head of the country's biggest bank follows a blockbuster jobs report on Friday that showed last month the unemployment rate fell to 6% — but it remains elevated for groups like African-Americans and young people.

In a new interview, Gerald Chertavian — the chief executive of a job training organization called Year Up, which partners with many Fortune 500 companies — said major employers understand that some of the most talented job candidates, including young people, lack bachelor's and other advanced degrees.

Companies like JPMorgan Chase and Amazon (AMZN) aim to enhance their competitive edge by hiring the best candidates for office positions, regardless of their credentials, he said. The remarks suggest that some of the nation's largest companies may be poised to help overlooked groups reenter the labor force.

"The companies we work with are recognizing that if you only fish in the [bachelor's] pond — the college graduate-plus pond — that actually will not ultimately provide you with all the talent that you'll need to grow and sustain your organization," Chertavian says.

"So companies work with Year Up — whether it's an Amazon or Bank of America [or] JP Morgan — because we have great talent," he says. "We can provide those organizations with a source of relevant, invaluable talent that now measures in the thousands."

"So many companies, at the end of the day, talent is always on your top-five list," he says. "Accessing and gaining access to good talent."

From 2008 to 2018, the average tuition at four-year public colleges increased in all 50 states, with an overall increase on average of 37%, according to a report released by the Center on Budget and Policy Priorities in 2019.

The rising cost of tuition helps explain the persistent ethnic disparities in college attainment: Nearly 24% of white people hold bachelor's degrees, as opposed to roughly 15% of African-Americans and 12% of Hispanics who hold the same credential, according to a report from the American Council on Education, which drew on 2017 survey data.

While historically marginalized groups benefit from the willingness on the part of employers to look beyond credentials, they do not do so out of charity, Chertavian said.

"This is not a charitable act, in and of itself. It clearly is good for the community. It creates a healthy community around a business when people have access to economic mobility," he says.

"But our partners do this because they want relevant, valuable talent to be the best companies they can be," he adds.

Chertavian spoke to Yahoo Finance Editor-in-Chief Andy Serwer in an episode of “Influencers with Andy Serwer,” a weekly interview series with leaders in business, politics, and entertainment.

For more than two decades, Chertavian has run Year Up, which has served more than 30,000 students across 35 campuses. Individuals who go through the organization's program attain an average starting salary of $43,000, Chertavian said.

A former Wall Street banker and tech entrepreneur, he seeks to afford the next generation the same opportunity to achieve professional success that he enjoyed.

"If you look kind of broadly, what are the competencies that are growing?" he says. "Whether there is complex communications, critical thinking, problems that can't be solved well with a computer that are going to continue to grow."

"But we're going to have to help our citizenry to gain those skills, to be productive and to be as valuable as they can be," he adds.

Year Up is helping low-income young adults find good jobs. Now it’s up to Year Up and other innovators to convince the government to fund these programs, which have been rigorously shown to substantially increase participants’ earnings.
See more