Paul Edgerley of Bain Capital Private Equity to Serve as New Board Chair of National Nonprofit Year Up, with Year Up Alumnus Greg Walton as Vice-Chair 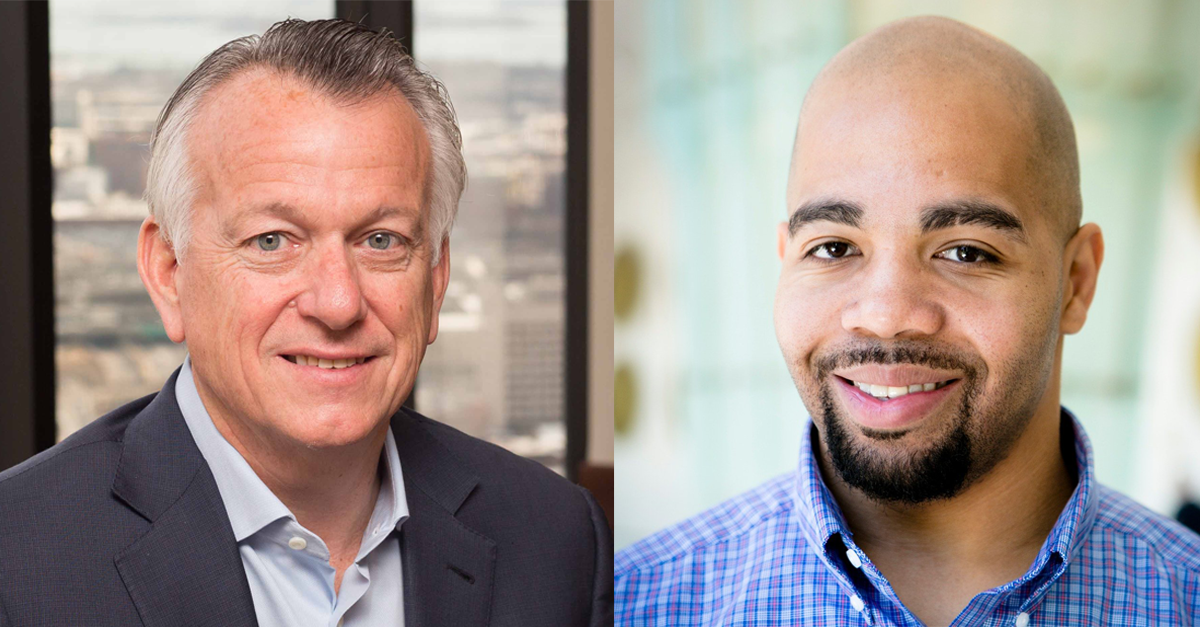 The workforce development nonprofit Year Up announced today that Paul Edgerley, a Senior Advisor at Bain Capital Private Equity, will now serve as its National Board Chair. Greg Walton, who graduated from Year Up in January 2007 and has been a member of the Board since 2010, will serve as Vice Chair. Immediate Past Chair Paul Salem, Senior Managing Director Emeritus at Providence Equity Partners, will work closely with Edgerley and Walton during this transition.

"Paul Salem's commitment to our mission has been an inspiration for our young adults and alumni, as well as the business leaders and philanthropists who've been part of this movement. We are grateful for his six-year tenure as Board Chair, and honored to now have Paul Edgerley and Greg Walton's guidance as we continue to scale and adapt our proven model to reach the millions of young people in need of an opportunity," said Year Up Founder and CEO Gerald Chertavian. "The depth of talent on our Board — particularly from the private equity industry, with its focus on metrics and potential for growth — is a testament to our ability to innovate while ensuring the ongoing success of our students and alumni."

"It has been a privilege to serve as Chair of Year Up; I get so much more out of Year Up than I give. If Year Up was a stock, everyone would want to own it," said Salem. "I've been involved with the organization for nearly two decades, and every year it manages to exceed even my high expectations. It's why I led the launch of a Year Up campus in Providence, Rhode Island, and why I've hired several Year Up graduates at Providence Equity Partners. It's also why I'm excited to support Paul, Greg and Gerald as we look to scale Year Up even further."

Edgerley was a Managing Director at Bain Capital from 1990 until his retirement in January 2016, and now serves as a Senior Advisor to the firm. At Bain, he co-led the private equity business, overseeing the firm's expansion into Asia, and served as the co-head of the firm's investment committee. Edgerley has served on Year Up's board since 2015 and is the committee chair of the nonprofit's Opportunity Campaign IV fundraising effort.

"As the pandemic continues to have serious ramifications on our economy, I'm eager to help Year Up pursue a strategy that will significantly increase its reach and impact," said Edgerley. "We know that Year Up works. Now, we need to show that it can maintain its unprecedented outcomes while partnering with other talent providers, developing new program offerings and piloting new delivery models to advance social and racial justice throughout the country."

Walton joined Year Up's National Board in September 2010 as the first alumnus to serve in this role. During his tenure, he has served as Chair of the Human Capital and Compensation Committee. He also co-founded the National Alumni Summit alongside Year Up NCR Alumna and Emeritus Trustee Shanique Davis. Since graduating from Year Up, Walton has worked at the Massachusetts Institute of Technology (MIT) and has climbed the ranks in his field.

"I experienced first-hand how Year Up can transform someone's life by connecting them with a meaningful career," said Walton. "There are still too many young adults whose futures are limited by their zip codes and their families' income, and I am committed to helping them reach their full potential by expanding access to this amazing program."

Nationwide, 80 percent of Year Up graduates are employed or attending college within four months of completing the program, with average starting salaries of $44,000/year. In May 2021, the federally-sponsored Pathways for Advancing Careers and Education (PACE) follow-up evaluation of Year Up showed that in the four years post-program, young adults randomly assigned to Year Up earned 30-40 percent more compared with similar young adults in a control group — the largest sustained impact on earnings reported to date for a workforce program tested in a randomized controlled trial.