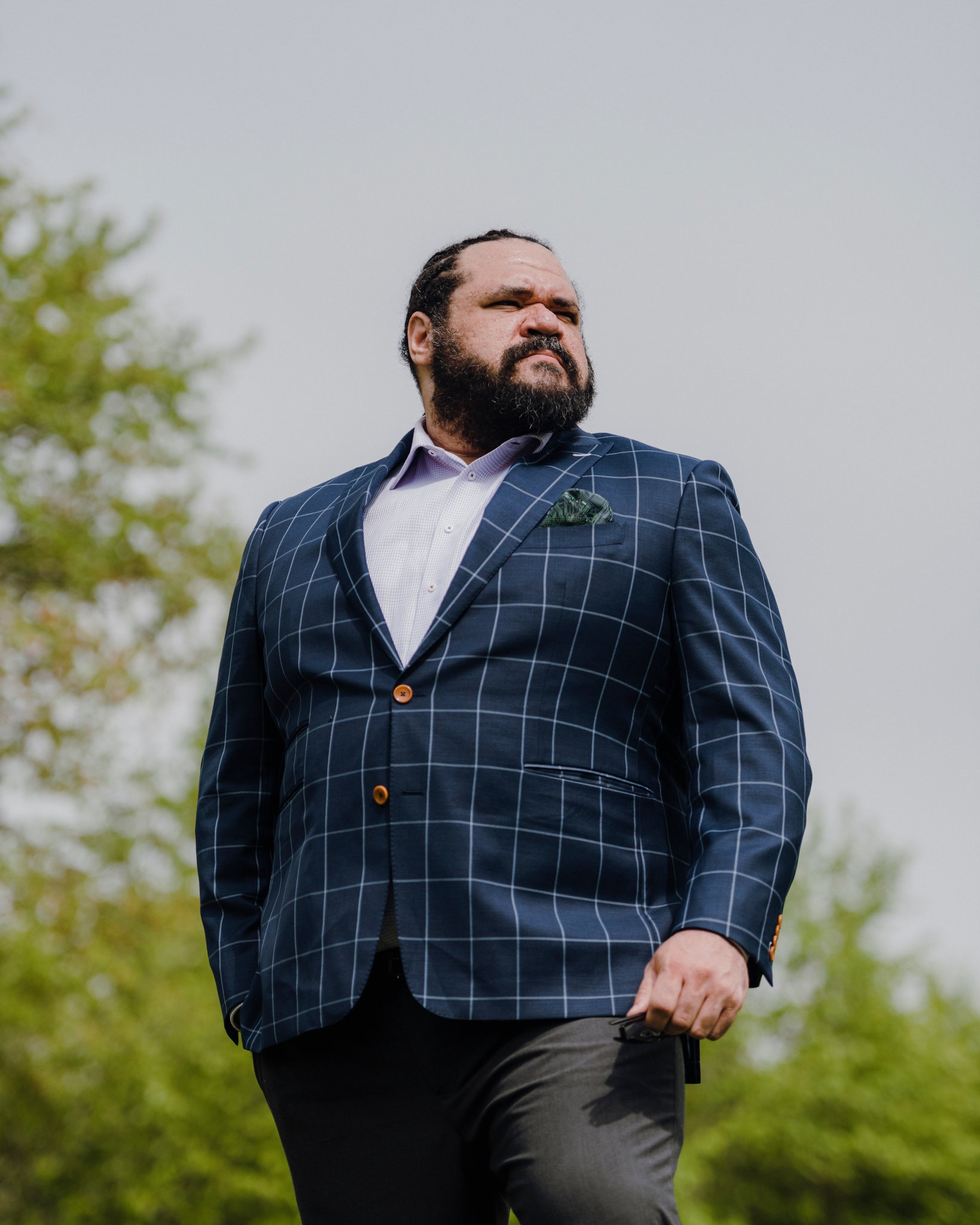 By Steve Lohr
Category | In the News National Chicago
Share

Successful job-training programs for low-income young people have long been held in person. Can a virtual ladder still be a path to the middle class?

When the word came in early March, Ashley Russell recalled his first reaction as “sheer astonishment.” Within a week, Year Up, a nonprofit job-training program in cities across the country, would go entirely online after being held entirely in person.

The promise of Year Up is that an intensive regimen of technical and professional training can be an on-ramp to a middle-class career. “You can change your life,” said Mr. Russell, an instructor at Year Up in Chicago.

Trying to translate life-changing experiences to computer screens and video classes is the lockdown-induced experiment now being conducted by Year Up and other programs designed for disadvantaged Americans.

The future of these programs is in doubt at a time when they would seem to be needed more than ever. Tens of millions of Americans have lost their jobs in the last few months because of the coronavirus pandemic, while the recent unrest over the death of George Floyd, an African-American man killed in police custody in Minneapolis, has been intensified by persistent income inequality and the lack of opportunity for many.

Pointing to those issues, Gerald Chertavian, founder and chief executive of Year Up, asked, “As we rebuild and recover, will it be in a way that is more economically inclusive — that brings more Americans along?”

Mr. Chertavian and the leaders of other programs, which operate in dozens of American cities, from Seattle to Miami, said they saw opportunity beyond their immediate challenges. The forced march online, they said, has triggered a drastic rethinking across the education-to-employment field and will most likely bring lasting change — and perhaps open the door to significant expansion.

Program directors spoke of a post-pandemic model, in a year or so, in which half or even three-quarters of instruction and coaching would be done virtually, and the remainder face-to-face.

“The way our kind of work force development is done has changed permanently,” said Plinio Ayala, chief executive of Per Scholas, a skills nonprofit based in the South Bronx.

The long-held view was that hands-on personal attention was necessary to lift up students who have to fill gaps in their education, overcome life obstacles and then make their way in the corporate world.

But Year Up and others say they have found that much more of their training can be done effectively online than they expected. While the attrition rates for students are higher, they are only slightly higher, they said.

The few dozen nonprofit, upward-mobility programs share certain characteristics. They cater mainly to people in their 20s and 30s. They have forged close ties with local employers and focus on skills that are in demand by companies, particularly in technology but also in health care, finance and advanced manufacturing.

The programs rely on charitable, corporate and some government funding. Some have a national reach, including Year Up, Per Scholas, NPower and Generation, and some are local, like Project Quest in San Antonio and Pursuit in Queens.

But most remain small. Year Up, one of the largest, had 2,900 graduates last year.

“It could accelerate the growth and increase the importance of this whole category of programs,” said Norman Atkins, who is leading a research project on education-to-employment initiatives for America Achieves, a nonprofit that advises foundations on education policy.

Year Up, founded two decades ago, is a full-year program with six months of course training and a six-month apprenticeship at a company.

The program stands out for the size of the jump in income it has delivered for its graduates, results that have been verified by independent assessments.

Before Year Up, its students’ annual earnings ranged from $9,000 to $15,000, depending on where they lived in the country. The graduates typically land jobs that pay from $35,000 to $55,000, with the national average $42,000. Companies that have consistently hired from Year Up include Accenture, JPMorgan Chase, Salesforce, LinkedIn, Bank of America and American Express.

Typically, 75 percent of the graduates are employed within four months. Job placements have slowed this year but by less than 10 percent so far, the program said.

Year Up conducted some online experiments before, but tentative digital steps became a survival sprint in March. It’s unclear how much coursework will eventually be done remotely, though Mr. Chertavian estimated it would be half or more. “And there’s a real opportunity for us to scale up and reach more people,” he said.

The coronavirus shock to the economy has hit many Year Up students. They receive modest biweekly stipends, but most depend on the support of family members or friends or income from side jobs while they are in the full-time program.

Estefan Salgado, a Year Up intern at JP Morgan Chase, lives in the South Bronx with his wife, Carmen, and their two young children. After his wife was laid off in March, Mr. Salgado got $150 from Year Up’s Covid-19 impact fund to buy groceries and pay bills.

“It really helped me stay in the program,” said Mr. Salgado, 26, whose wife recently got a new job as a home health care worker.

For Mr. Russell, a veteran Year Up instructor in Chicago, the move to online classes had some “train wreck moments” getting students set up with laptops, internet service and video software. But he teaches a computer-support course, and he said he used the problems encountered by his 40 students as learning opportunities.

When teaching, Mr. Russell sometimes found that students’ interest strayed as screen fatigue set in. So he shortened his lecture-and-demonstration sessions to a maximum of 30 minutes, compared with up to two hours before. He also used the interactive features in Zoom’s video software to pepper students with frequent questions to monitor whether his lessons were being absorbed.

With less class time, Mr. Russell is assigning his students short projects, which they do in teams of five or six. He conducts virtual “office hours” for one-on-one mentoring. And he holds open sessions, where students can ask him any questions they have.

It has gone surprisingly well, Mr. Russell said, but he has misgivings about what is lost without interacting in person, like the informal conversations in hallways and over lunch, often about students’ personal lives and challenges.

Marianna Torres, 20, went through the in-person coursework at Year Up last year. The technical training was rigorous and difficult, she said, but there was another side to the program focused on “soft skills.” That curriculum included speaking in public, networking, working in teams, even how to sit and dress. She was taught to wear neutral colors, avoid patterns, skirts no shorter than one inch above the knee, and heels no higher than two inches.

“It was strict but also very supportive,” said Ms. Torres, who in January began a six-month internship in digital marketing at Salesforce in Chicago. “They’re trying to build you into the best professional person you can be.”

A new nonprofit, Merit America, may be a glimpse of the hybrid future of training programs for the disadvantaged. It is run by its co-chief executives, Rebecca Taber Staehelin and Connor Diemand-Yauman, who both previously worked at Coursera, a large online learning network. The duo said they were convinced of the potential for online learning but also realized that online instruction alone didn’t really work for the underserved community.

To overcome that, Merit America combines online training, in-person small-group meetings and one-to-one coaching. The split is roughly 75 percent online and 25 percent in person. Evening and weekend sessions are available, so students can hold onto their current jobs and incomes while completing the program.

The courses began in the fall of 2018, and their early results — before lockdowns forced Merit America to move entirely online — have been encouraging. Courses in technology support and computer programming range from eight weeks to five months, and income gains for graduates in Dallas and Washington have averaged $18,000.

“It’s a combination of tech and touch,” Mr. Diemand-Yauman said.